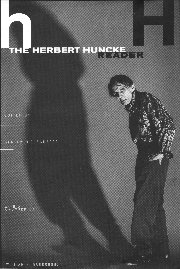 When the review copy of the book came, I wanted to get started on it right away because it looked like an interesting book. It was. In fact, it was quite an education into some of the darker areas of society in general and of the Beat Generation in particular. Drugs were one of the things that made them beat. People with strong views against drugs might be offended by it, but for those interested in the study of the Beat Generation, it's a must-read. This book belongs in every academic library, in with all the other books about the Beat Generation.

First of all, I should mention the format of the book. Unlike the other books by the Beat writers, this one isn't exactly what you would call a novel. In other words, it isn't a story with a protagonist, an antagonist and the usual plot points. Instead, it's more like an anthology of short stories of biographical material (non-fiction). The book has four parts, plus a forward by William Burroughs and an introduction by Raymond Foye.

The first part of the book, Huncke's Journal, was first published in 1965. The first run was 1,000 copies. A second run of 1,000 copies was published and handed out in the Haight-Ashbury to Hippies and street people. This part is mostly about his relationships with other people and drugs are only mentioned in passing.

The second part, The Evening Sun Turned Crimson, was published in 1980 as a paperback edition of 1,000 copies. Most of it was written in the early to mid-sixties. Although this part is more about his drug habit than the first part of the book, it is also about the people he knew.

The third part, Guilty of Everything, fills in the gaps of the first two parts. This part reveals how Huncke first came to use heroin. It covers a time period from running away from home at age12 to speaking at a university in the late 60's.

The Fourth part is various other writings, like a letter to his dad, letters written from prison, a book review, an oral history on Benzedrine use in the USA and other writing. The book also contains an editor's afterward, an appendix, which is two chapters from Sheeper by Irving Roseenthol and it also has a selected bibliography.

The language used in the book is definitely the language of hip, much more so than Kerouac used in his books. I'm talking about pre-Hippie hip here. For example, when they get stoned on heroin, the author refers to it as "getting straight." Straight used by my generation (Hippies) meant "someone who doesn't turn on (use drugs)," or "not being gay." Anyway, it meant something undesirable. Sometimes the author took the trouble to translate the language. He would use the word "pot" and then say, "Back then, we called it tea." Unfortunately, this was not always the case and there are some drug terms I'm going to have to research, having a lack of heroin addicts in the crowd I hang out with (possibly because I have never lived anywhere near New York City). After reading this book, I realized I'm going to have to update my Glossary of Hip Terms on my web site.

One thing the book does quite well is reflect the life of a heroin addict, the problems they have with their lives, the problems they cause society, and equally important, the problems society causes them, sometimes even killing them. I feel that it's fairly unbiased about this, giving the reader a good balance of the good, bad and ugly. As a result, I don't think it will get many people to run out and get hooked on heroin, but it has potential to make people look at this social problem and think of better ways of dealing with it. The author does a good job of pointing out what the problem is, but leaves it up to the reader to find the cure, although he does point out how the drug wars only make the problem worse. I feel it's an important book for social activists to read.

The book is about much more than drug addiction, however. That's just one aspect of it. It's also about relationships, especially with members of the Beat Generation. Kerouac, Ginsberg, Burroughs, Neal Cassady are all in it, plus many more who names escape me at the moment. Huncke was even at that party that Ken Kesey and Jack Kerouac attended, and he also spent some time in Texas with William Burroughs. An ironic part of the book is when Huncke and a friend went to sea in order to kick their habits, and they couldn't because there was dope everywhere they went, even aboard the ship they were on. Other times, he would go to hospitals to kick it and that didn't work either. Later, he went on a Methadone program, and that didn't even work.

Huncke may have been a junky, a bum and a thief, but you can tell by his writing that he was an educated one. I think this was because he hung out with the other Beats, read their works and it rubbed off on him and he got to the point where he could write as well as they could. Although the book says Huncke wasn't able to do much writing in prison, I'm sure he did a lot of reading, because that's about all they allow you to do in prison, and he had 11 years in prison to do it. He tells his story well. The book is also like a time machine, taking you back to another era, to the depression, to the fifties and other time periods before my time. It made me feel lucky that I was to be a Hippie rather than a Beat, because if I had been around in that time period, I probably would have been a junky. Luckily, we had LSD to play around with instead, and that didn't have the addiction problem, needle problem or OD problem, only a freakout problem if you didn't know what you were doing. Oddly enough, Huncke didn't have much to say about LSD. He only mentioned it once in passing, and looks like he took it with so many other drugs, there would have been no way for the LSD to have any effect.

Beats had to come before Hippies, though. Tom Wolf and Charles Perry wrote the books which seem to best capture the spirit of the Hippies, and The Herbert Huncke Reader is a strong contender for being the book that best captures the essence of the Beat Generation. It's written in the language the Beats used, it covers the whole time period and Huncke may have spent more time with more Beats than anyone else. Those are just a few things that make the book work. Another plus is the editing job. The material is presented in such a way that it holds the reader's interest. The book isn't for everyone, however. It seems most suited for bohemians who think reforming the drug laws is important, or for anyone studying the Beat Generation.